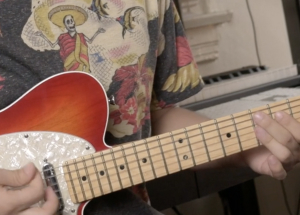 Matias Rengel is excited to teach you what you really need to get your rhythm chops to the next level. If you want to sound great and sophisticated (why not?) on the guitar, without wasting time, without any nonsense, boring theory or complicated methods, then I've got some great news for you. 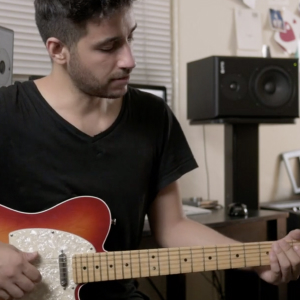 Matias Rengel just released his brand new course called "The Art Of Rhythm Guitar Made Simple", and it's one of our most powerful courses ever for learning, as the title says, the art of rhythm guitar in record time.

Rhythm guitar is a very underrated aspect of guitar playing, but perhaps the most important thing. You know, you can’t be playing scales and solos all day, that’s just a tiny part of what guitar is all about.

Matias has made a great effort putting all the concepts and knowledge in a pretty structured way, which goes from beginner to advanced. So the overall idea is that everyone could take something (hopefully a lot!) from this instructional package. From newbie to seasoned level.

The course has 3 Modules, hence I will give you
3 Reasons Why This Course Makes It perfect to enhance your rhythm guitar playing.

In the first part, Matias has handpicked 4 easy songs which will help you to learn the basic chords you need to master, in order to play your favorite tunes. But it’s not all just basic, he also will teach you how to use chord triads, voice leading and playing melodies and chords at the same time.

Matias gets into more juicy stuff here, like adding the 7th, 9th and 13th to your chords. Also how to mix triads, drop chords and scales notes; obscure & dissonant chord shapes, etc. And how to incorporate all these tools while you learn the songs that represent the best of both styles.

Funk is one of the richest styles to play on the guitar, rhythmically speaking. It’s an art by itself, so if you want to master rhythm guitar is a must. While playing 4 classic funk songs you will learn things like: The essence of funk rhythms - combining solos and chords - mastering intervals and chords; and combining bass lines with chord shapes.

This is like pure gold and matias knows what’s going on when it comes to rhythm guitar. You surely watched some of his youtube lessons so you can get the vibe of this course.

So who is Matias Rengel?

Matias Rengel is a graduate of Berklee College of Music, where he majored in Music Production and Engineering. He has been playing guitar since 1999.

At Berklee, he studied with some of the best teachers around the world, including Tim Miller, Norman Zocher, Jim Kelly, David Fiuczynski and Andrew Maness. He was also part of the Berklee Singers Showcase which features some of the most talented musicians in school. His recordings and productions were among the best, having one of them selected for the annual MP&E showcase. 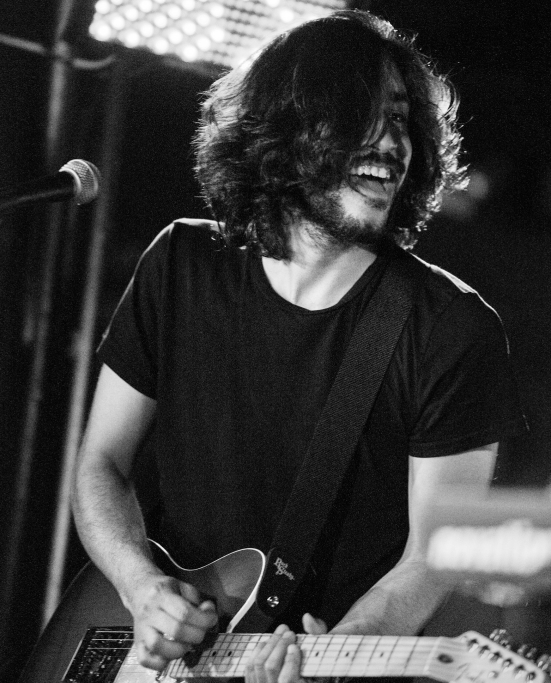 The Craziest Guarantee In The World!

Order these awe-inspiring guitar lessons... grab your guitar... follow along with the tabs... and before you know it, you'll be playing some awesome rhythms, faster than you ever imagined.

If it doesn't happen, just send us a quick email and I'll see that you receive a prompt refund of your money, no questions asked.

It's my way of doing everything humanly possible to put your mind at ease so I can earn your business and put these awe-inspiring lessons into your hands today.

Right Now You Have Two Choices... 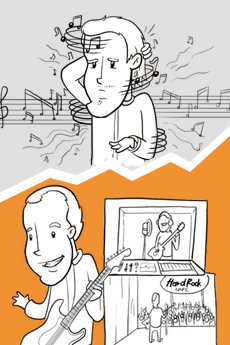 1. Continue playing the same boring and flat rhythms, willing to be better at what you play. Then, look back and scratch your head, wondering why you're in a rut.

2. You can grab "The Art Of Rhythm Guitar Made Simple" and dramatically improve your guitar playing and getting to the “pro” zone. Plus you will learn a good bunch of killer songs and tons of tricks that you'll love to play over and over. Your playing will never be "vanilla" again.

I know that some of this stuff could be intimidating, but Matias is an excellent teacher and all you have to do is sit back, relax, and let him show you the way to take all the tools you learn and put them into use.

I’m pretty sure that even after watching this package will you have a whole open guitar world to discover. So it’s time to be the best guitarist you could be! And I know you will have success in the never ending journey that is learning to play guitar.

This is it, buddy... "The Art Of Rhythm Guitar Made Simple" is your ticket to being able to become an accomplished guitar player.

The special launch dealio won't be around forever. More importantly, do it for yourself. Treat yourself and put these killer lessons into your hands today. You deserve it. Life is too short not to enjoy the guitar and this course is going to help you do just that. Go ahead, and order yours today. Get ready to rock,

ClickBank is the retailer of products on this site. CLICKBANK® is a registered trademark of Click Sales, Inc., a Delaware corporation located at 1444 S. Entertainment Ave., Suite 410 Boise, ID 83709, USA and used by permission. ClickBank's role as retailer does not constitute an endorsement, approval or review of these products or any claim, statement or opinion used in promotion of these products.