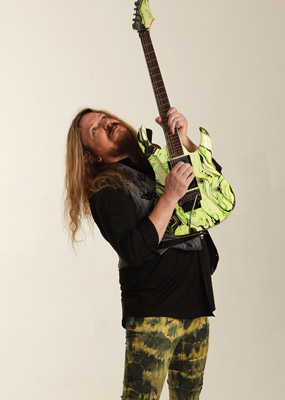 Some of my favorite bands had their heyday in the 80s… I’m talkin about Guns n Roses, AC/DC, U2, Traveling Wilburys, and so many other greats. From rock to metal to new wave and alternative, it's hard not to like the classics of the 80s.

Imagine adding dozens of hit songs to your personal repertoire in a few fun hours… and mastering them faster than you would believe, thanks to simple step-by-step lessons and easy to read chord charts.

Well, that’s exactly what you’re about to get.

Let me get right to the point here: I've hired Darrin Goodman (one of the best guitar teachers I've ever hired) to record a truly epic set of lessons (over 8 hours worth of material) that goes DEEP and teaches you how to play 50 of the best songs ever from the 1980s.

Darrin is clear in his teaching, easy to learn from, easy to listen to... gives you the right stuff to play, and his teaching has been mega-effective with literally thousands of students.

He goes into all the detail on every song, gives you the easy step-by-step instructions and easy to read chord charts.

It's a REALLY solid course that I'm proud to put the Guitar Control label on.

Who Is Darrin Goodman?

Darrin began playing guitar at the age of 12 during the 1980’s and began teaching and performing professionally at the age of 17 and continues to teach private lessons to this day.

Darrin has helped 1000’s of students to learn to play the guitar and in the 1980’s Guitar Song Collection he will help you too by breaking down 50 iconic tunes. Not only will you learn these great songs, but tips and techniques that will help shape you as a guitarist. 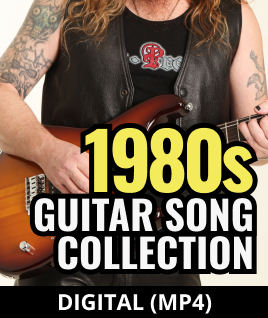 Get 1980s Guitar Song Collection for only:

In my experience, one of the best ways to get good on guitar is just learning a lot of great songs. it builds your repertoire WHILE forcing you master all the techniques that those tunes require. It's a can't-fail move.

But rather than getting bogged in figuring stuff out, its better if a great teacher just shows you exactly what you need to play. Makes progress a lot faster and more fun. 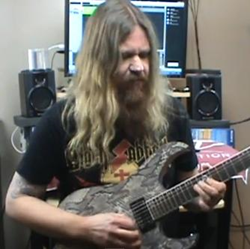 Enough yapping from me... Here's the list of song lessons you're gonna get: 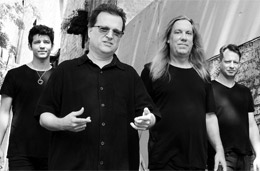 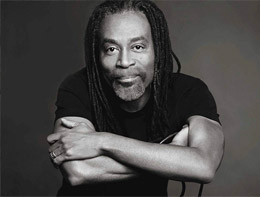 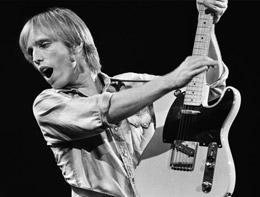 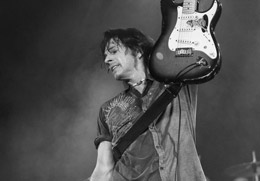 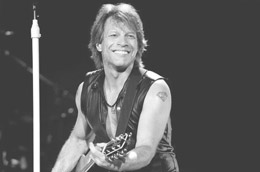 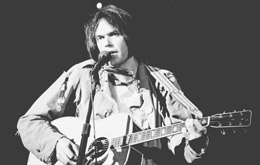 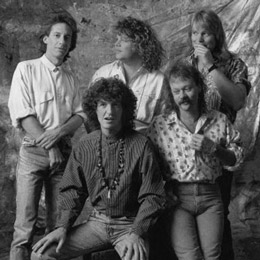 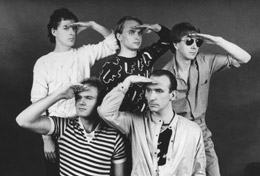 Here Are Six Powerful Reasons Why These
Are The Most Easy, Fun, and Effective Guitar
Song Lessons Ever Created:

1. You’re getting only the best songs.

These tunes are the best songs from the greatest bands and artists of all time. One look at the artist list and I'm sure you'll agree.

2. You get crystal clear, step-by-step instructions.

First, I'll make sure you know the chords. Most songs use the basic open chords or barre chords that I go over before anything else. When there's new chords, I show them to you and tell you the exact fingerings. No guesswork.

Then, I break down every song into its essential components, such as "verse", "chorus", "pre-chorus", and I give you the exact chord progressions for each part. And there's more...

3. You get the exact strumming patterns.

I'll also teach you the exact strumming patterns you need for each tune. I admit, this was one of the shortfalls of the earlier version of the course... however I'm proud and excited to have upgraded this aspect of my instruction.

I break everything down and explain every rhythm in detail so that you can absolutely master the strumming.

4. You'll learn simple, yet effective arrangements for each song.

"Arrangements" are where a lot of players get stuck. Let me explain... It's one thing to know the chords of a song, and its another to actually play a convincing rendition of the song in the real world.

You see, it's almost impossible to reproduce songs exactly as they were originally recorded, especially if they have 3 guitar parts, drums, bass, keyboards, backup singers, and so on... The good news is, you don't have to!

I'll show you how to get a great sounding version of all of these songs with just you and your guitar. For example, I'll tell you where you need to simplify a complicated riff into a basic 2-chord progression (and how to do it).

I'll tell you where to switch up your strumming pattern to create dynamics and make things sound great. I'll show you what to play on the guitar even though the original song might have featured a piano.

Basically, I've done all the research on every tune and I'm ready to give you step-by-step lessons and everything you need to know.

Best of all, these arrangements are a perfect balance between simplicity and effectiveness. We'll stick mostly to rock-solid, great sounding chord strumming, yet we'll also break out into slightly more complex playing when we need to, to capture the magic of each song.

5. You get easy-to-follow chord charts and tabs.

Plus, with the way I've broken everything into neat little sections and laid it all out symmetrically, I think it will really make it a lot easier to memorize these songs too... So you can play them anywhere you go.

I also include tabs!

Yes, I try to keep the arrangements simple, and use chords as much as we can, but we still will play some single note lines, powerchord riffs, picking patterns, and other effective techniques.

So when I'm not giving you a chord chart, I'll give you the exact phrases you need to play, tabbed out note-for note.

I think you'll have a blast learning these tunes.

Of course, being able to play the songs will be a thrill, but I'm also talking about the learning process itself.

I bring my positive attitude and enthusiasm to every song. I keep the vibe light and fun! It will be like we're hanging out together in your living room :-)

These are all my favorite songs and I'm betting most of them will be your favorites as well.

These videos are the closest thing to me coming over to your house and personally showing you all these great songs.

In fact, in some ways its even better because you can pause, rewind, and watch it as many times as you want. Plus you'll have all the chord charts and tabs.

It's a big bundle of guitar learning joy for a tiny price. I can't think of any reason why you shouldn't buy this course right now.

Remember Why You Started Playing
Guitar In The First Place?

Think back... to when you first started playing. What was that spark of inspiration?

Everyone starts out because they dig a certain genre... or there's an experience you want to have...or maybe you just freakin love music.

If you can tap into that feeling, even just a little bit, it's gonna get you re-motivated and toked to play. That's the key to enjoying the guitar.

And the really big key is to play songs you love in music styles that excite you. That's what this program is all about. There's 50 songs from what's possibly the best decade of rock music. So I know you're gonna find some music in here that will just genuinely excite you and get you pumped.

Save Money. Save Time. Have a Blast.

Don't waste dozens of hours researching songs yourself. Your time is more valuable than that. Jon's done all the hard work for you.

These videos are WAYYY cheaper than private lessons too:

If You Love Playing Guitar,
Then Owning This Course Is A "No-Brainer"

This course really is one of the fastest shortcuts possible to quickly mastering an impressive repertoire of killer songs and becoming an accomplished guitarist as fast as humanly possible.

This is it, my friend... the 1980s Guitar Song Collection is your ticket to being able to call yourself an honest-to-goodness accomplished guitar player.

If you have even the slightest hesitation or doubt on ordering this course today, I want to put your mind at ease and truly take all the risk off your plate. I'm gonna hook you up with what is surely...

You're Protected By Our Famous 60 Days
Money-Back Guarantee.

Guitar Control offers a generous 60 days guarantee on all courses. We want to make ordering from us an exciting and no-risk experience.

If for some strange reason, you're not able to QUICKLY AND EASILY LEARN some amazing tricks and techniques on the guitar, contact our customer support for a no-hassle refund.

No B.S, no run-around, and no hard feelings.

This an amazing opportunity to invest in yourself and your musical education with some of the most unique and powerful guitar lessons ever captured on tape.

So you're literally risking zero.

Its my way of doing everything humanly possible to put your mind at ease so I can earn your business and put these awe-inspiring lessons into your hands today.

You Have Nothing To Lose,
And 50 Easy Guitar Songs To Gain...

Get 1980s Guitar Song Collection for only:

ClickBank is the retailer of products on this site. CLICKBANK® is a registered trademark of Click Sales, Inc., a Delaware corporation located at 1444 S. Entertainment Ave., Suite 410 Boise, ID 83709, USA and used by permission. ClickBank's role as retailer does not constitute an endorsement, approval or review of these products or any claim, statement or opinion used in promotion of these products.